Need a guide for big Musky

Ontario River Musky Fishing: To the surprise of most Ontario anglers, some of Ontario’s trout and steelhead rivers also have good populations of musky. I used to guide for giant muskies on Georgian bay, at the mouth of many rivers and even way up some of our best steelhead and trout rivers. For many years I even had a reputation for being one of the top trophy musky guides in Ontario.

River Musky: Some river musky have the potential to be over 50 inches and days of over a dozen fish seen and landed is possible. I’ve caught and released musky over 50 pounds near the mouths of some of these trout rivers.

Best times: For river musky anytime from opening day in June, to November 1st can be good but many anglers prefer to target the big ones in September and October.

Fly Fishing: I have guided fly anglers to big muskies over 56 inches using flies in the 8 to 10 inch range. However, Sometimes smaller 5 to 7 inch flies can work just as well under the right conditions and the right time.

Unfortunately I’ve decided to focus on just trout and steelhead so I no longer guide for Musky or Pike, But if you have ever wanted to try fly fishing for these hard fighting and challenging fish don’t hesitate to contact Ken Collins at Grand River Trout Fitters ( https://www.grandrivertroutfitters.com ) Ken not only has spent days in my boat chasing big muskies with me, but he is who I believe to be the best river musky guide in Ontario. Tell Ken I sent you and have a great time on the water.

For musky we use large custom made musky and pike flies with 8 to 10 weight fly rods with floating line or sink tip lines.

Your Guide: Below is Graham with some 50 to 60 pound muskies he’s caught guiding over the last 15 years 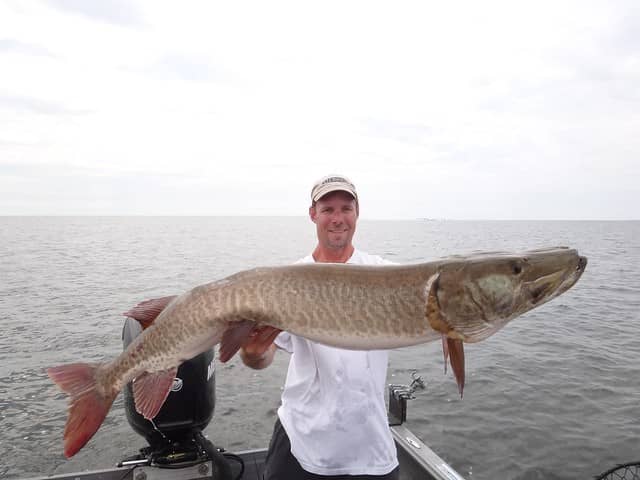 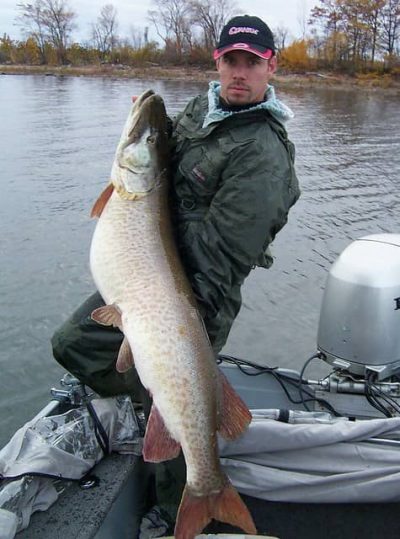 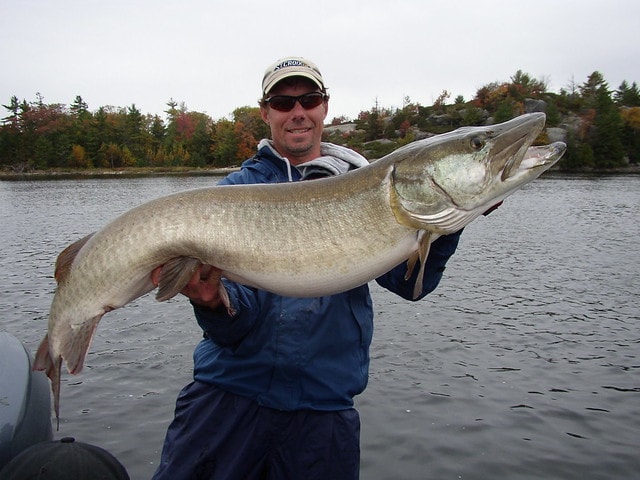